Traffic Signs, An Evolution of Road Signs from 1925 to Present 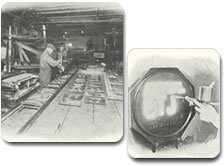 1914
First Traffic Signs are made in US. The line grew from “carved in” or routed metal signs to soon include street signs, yellow stop signs and one-way street signs. The dramatic increase in the number of cars and then pedestrian deaths required increased regulations and new ways to look at urban streetscapes. 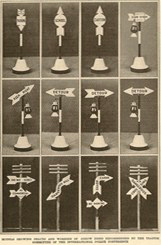 1920
New York City's Deputy Chief Inspector of Police proposes a universal system of arrow-shaped road signs, reflecting a mounting concern around the country for road sign standards and their impact on road safety.1927 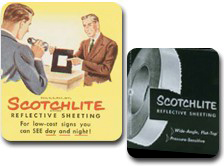 1939
Harry Heltzer designs the first retroreflective tape, using small glass beads to increase the reflectivity of the center striping on highways at night.
When he couldn't make his reflective tape stick to the road in cold weather, he adapted it to be used on road signs. On September 1, the first sign with 3M ScotchliteTM Reflective sheeting was erected on a Minneapolis street.1940 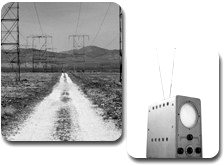 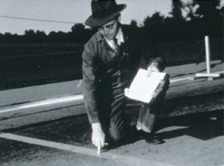 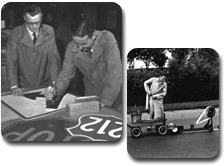 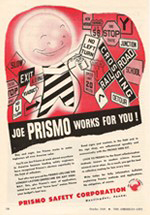 1947
Prismo Safety Corporation develops the Prismo Life-Line, the most reflective and longest lasting highway center line available on the market. 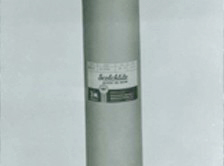 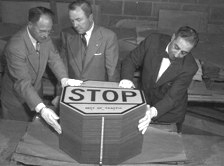 1956
President Eisenhower signs the Federal-Aid Highway Act, further funding the interstate program. The act effectively rejuvenates the interstate system, which was recovering from the debilitating effects of the Great Depression and World War II.

1956
Highway engineers, working to expand the interstate system, haphazardly design the font Highway Gothic to be used as the standard font for signs across the country. 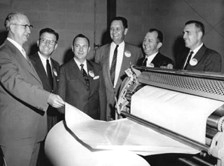 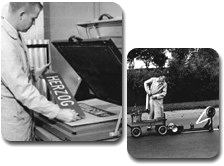 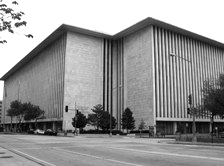 1966
The Department of Transportation is established, providing quick and accessible transportation for the growing nation. 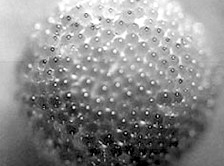 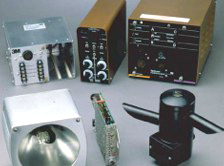 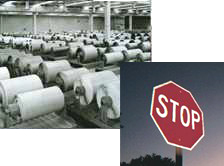 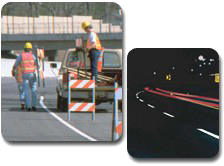 1980
3M develops and markets a full line of reflective signs and pavement marking products for the work zone. 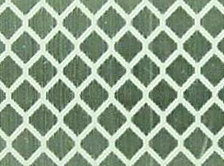 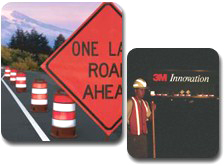 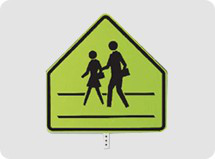 1993
The United States Congress passes legislation that proposes establishing a "standard for the minimum level of retroreflectivity that must be maintained for traffic signs and pavement markings."

1993
Global Positioning Systems (GPS's) are invented, allowing a person to pinpoint his or her exact location on earth via a network of orbiting satellites. 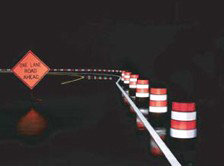 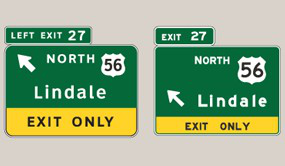 2004
The Federal Highway Administration grants Clearview, a newly designed font, approval to be used on road signs across the country. Tests of Clearview (on the left) show enhanced legibility.
China local manufacturers solved the process for producing of high intensity grade reflective films.2008 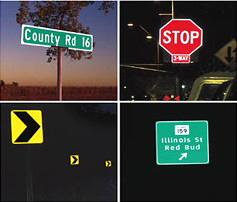 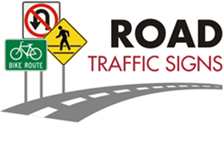 2009
Updated RoadTrafficSigns.com is launched. It is the first completely searchable and comprehensive database of Road signs that can be ordered online by municipal, governmental and private property customers. Find over 5,000 different designs and materials. Download a free PDF of the official MUTCD signs or one of your own custom signs.